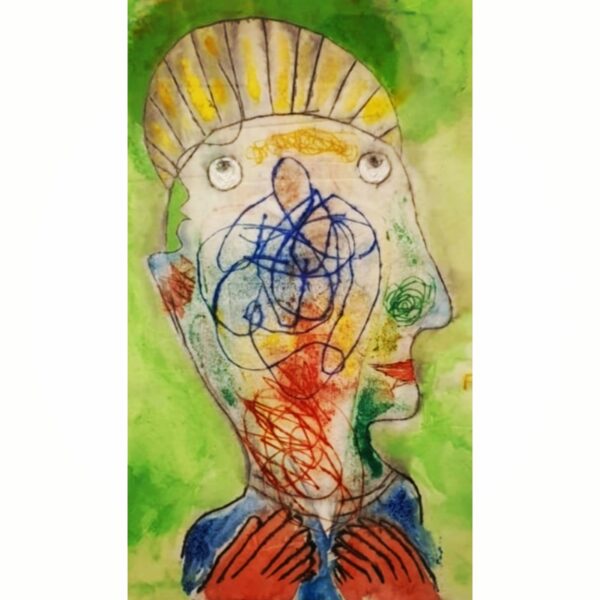 Moich Abrahams is an award-winning artist painter based in Battersea. He obtained a first from St Martins (Byam Shaw) and an MA from Goldsmiths when they were first offered (four years before Damian Hirst). In 2013 Moich was a prize winner at the Rootstein Hopkins Drawing Exhibition at the Morley Gallery and more recently was a winner several times, including a global art competition based in New York. His work has been selected for many shows at institutions such as the Institute of Contemporary Art, the Whitechapel Gallery, the Discerning Eye at the Mall Galleries, Mauger Modern Art in Bath, and The British Drawing Show at the Hayward Gallery. Moich has shown many times with the London Group since 1975 and was elected member in 1977.

Moich enjoys combining spontaneity and playfulness while exploring deeper aspects of the unconscious. He is fascinated with both unwrapping the mysterious and reinventing childlike expressiveness. Central to this process is the art of ‘letting go’.

Art Manifesto:
“Since everything is none other
than exactly as it is
one may well just break out in laughter.”
(Long Chen Pa)

Moich lives in Battersea and has his studio in Streatham.

I love the cosmoplitan vibrancy of Battersea where I have lived for 40 years, and the whole of Wandsworth. It has fabulous atmosphere, awesome cafes, restaurants and shops; wonderful parks, and great access to the best culture in the world.