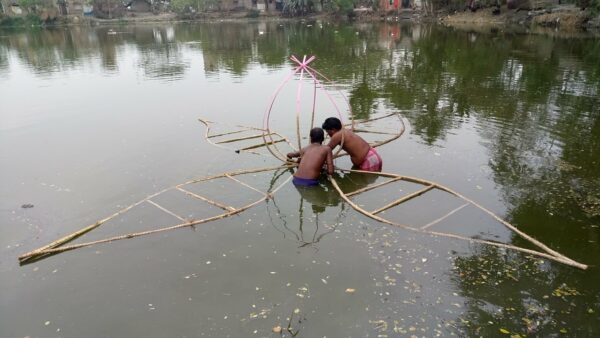 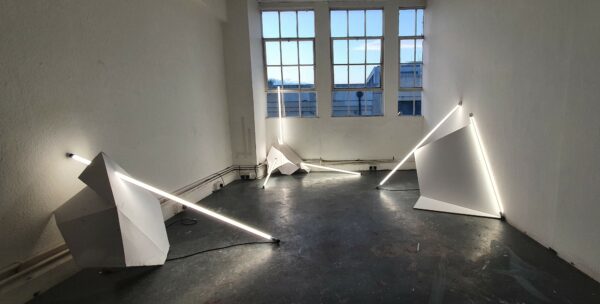 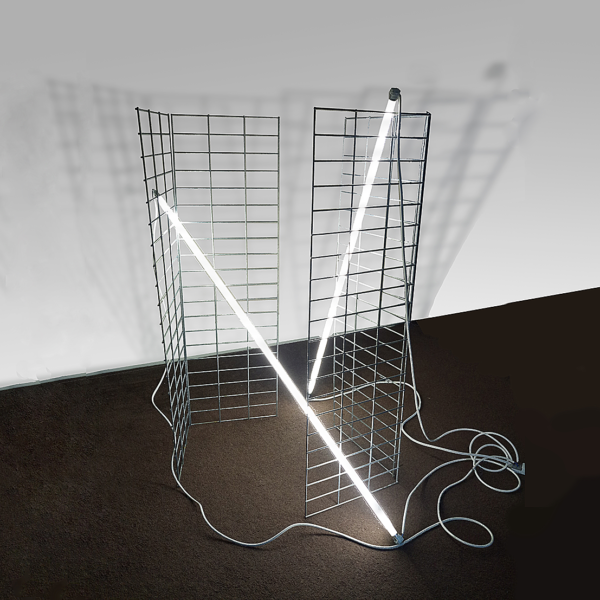 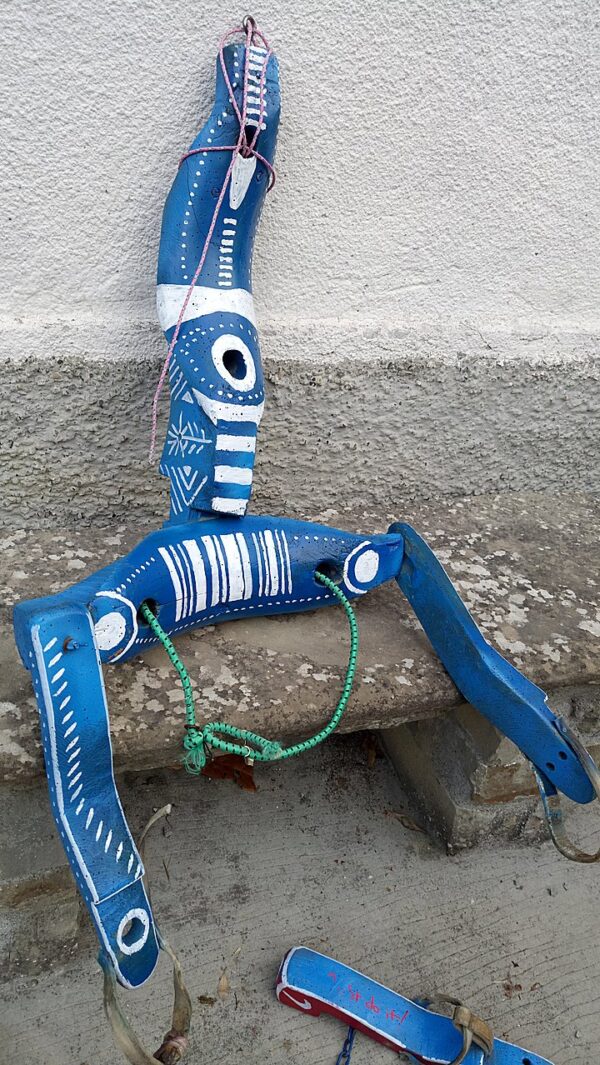 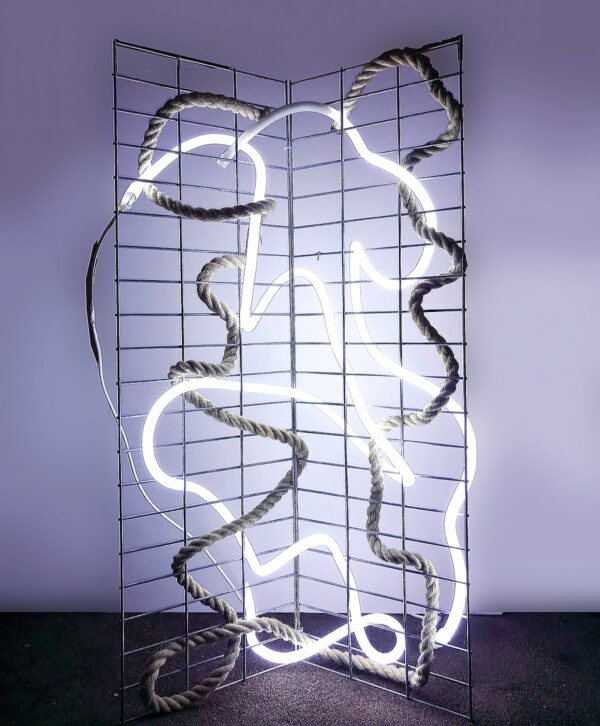 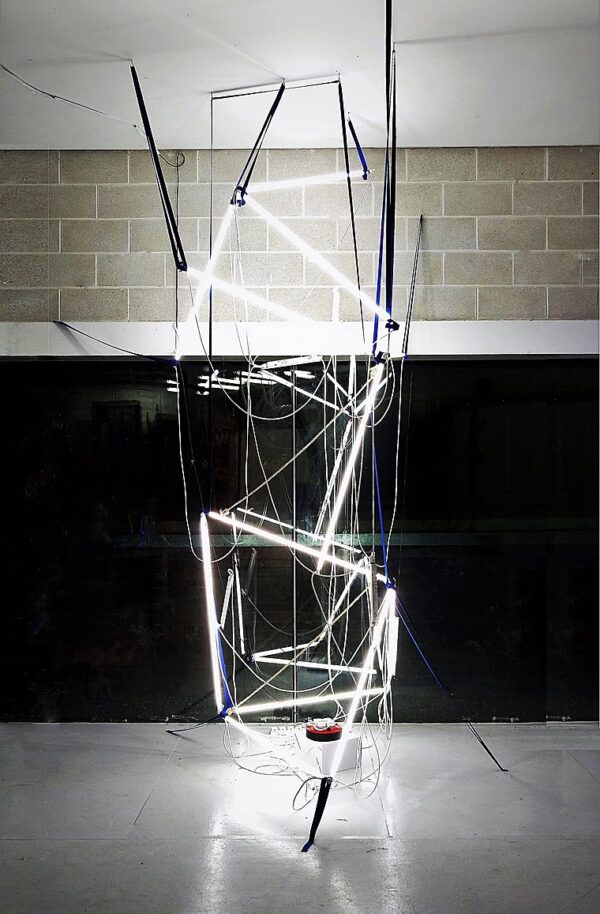 Ian Barrington (b.1973, UK) multi-disciplinary practice includes paint, installation, sculpture, film and writing since the early 1990s. ​ Ian is concerned with paradigms of identity of which he investigates through sculptural processes, writing and film media, toward a de-ethnicization of materiality performed as a reflection of the self, his inquiry into media and form represent infrastructures of our built environment and everyday objects rendered inert from its former physicality or displaced, sometimes suggesting broken systems or the stratification of society, Ian's work is informed by interdisciplinary traditions of craft, applied science and mathematics taking cues from interdisciplinary interests. Abstract geodesic structures touch on representations of the internal system as a method of looking at his own relationship with himself, of his belonging and identity, building on narratives of historical and post-contemporary sociopolitical issues including that of the Afro-Caribbean diaspora, noting his observations into multiple dialogues of macro and micro societal dynamics; investigating exclusion and re-empowerment of individuality, exploring issues of the misappropriation and compartmentalisation of identity through institutionalised postcolonial conventions of demographic paradigms engaging towards a conversation into the mechanics of our world. ​ Currently, he is investigating the phenomena of dialogue and phonology, exploring the power and persona of the author. His upcoming novel set in Central Europe explores identity and geopolitical espionage, expanding his inquiry into the stratification of comparative vernacular systems. Ian has appeared in major film productions by the BBC, Warner Bros and smaller independent arthouse projects, which continue to inform his practice and research into dualism.​ ​ Ian is actively engaged in building sustainable infrastructures and opportunities, an art producer, curator, and Executive Committee Member/ UK Director for NGO and arts producer Narrative Movements and Bangla Biennale based in West Bengal, India.

One of the best connected boroughs in the city!