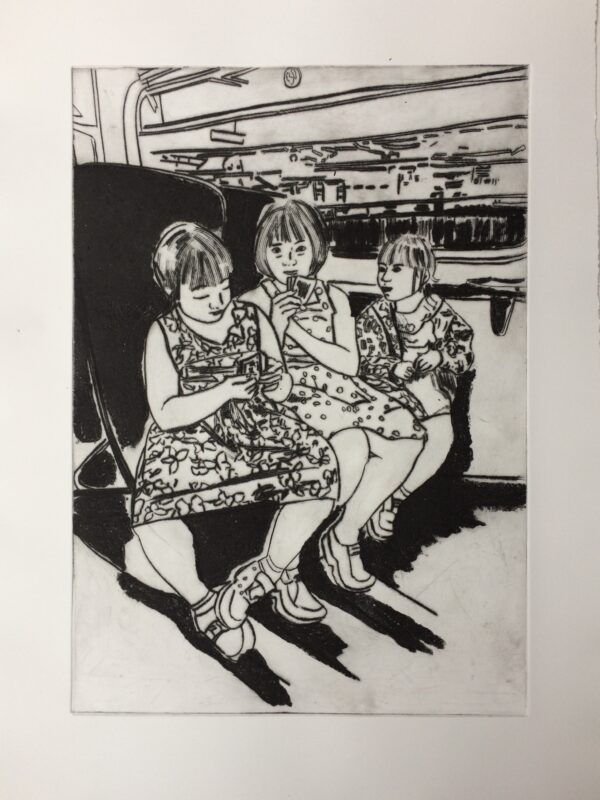 Three Girls on a Train 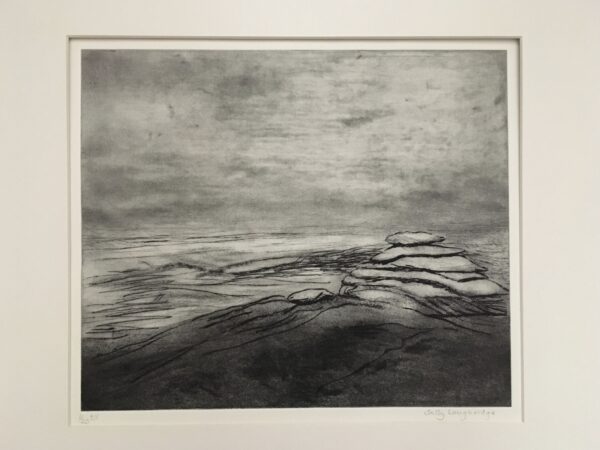 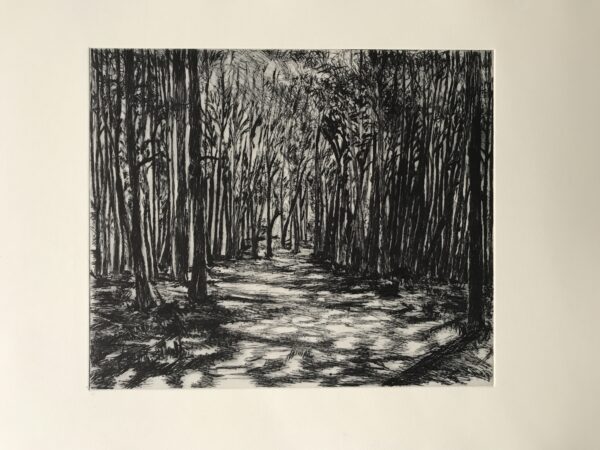 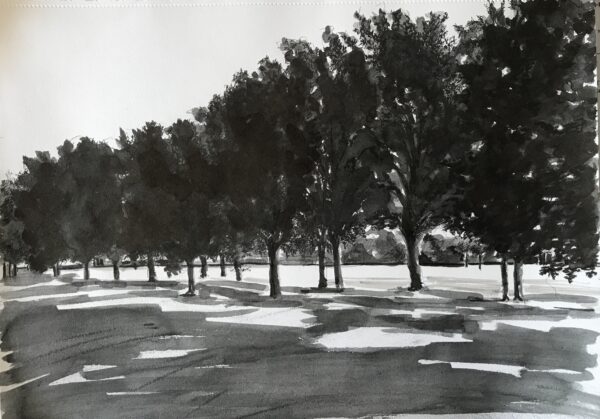 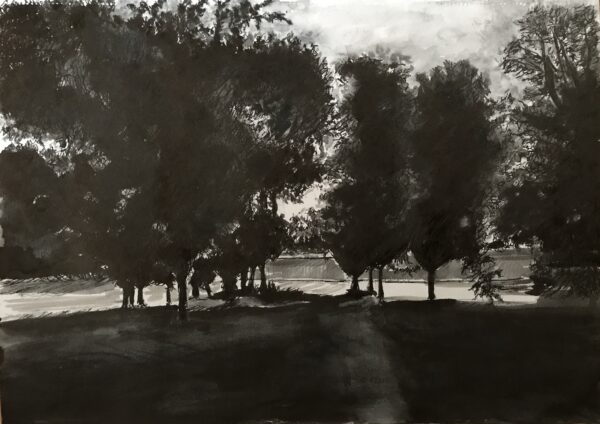 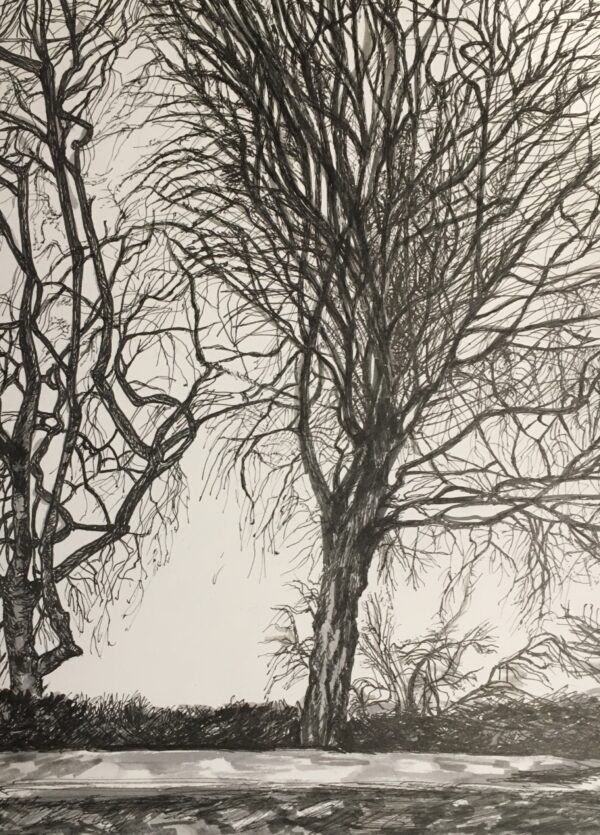 Sally Loughridge is a UK-based British artist, who trained in Fine Art at the Ruskin School of Drawing, Oxford University; Theatre Design at Croydon College; and Printmaking at Morley College. Sally worked for over twenty years as a freelance costume designer for the BBC, Channel 4 and other independent television, film and theatre companies.

As wardrobe assistant for the former London Contemporary Dance Theatre and prop-maker for the Ballet Rambert, Sally produced a series of sketches of dancers in rehearsal, as well as studies of The Royal Ballet and English National Ballet rehearsing with Nureyev. These provided the foundations for a body of drawings, paintings and prints on the theme of dance and movement.

The influence of theatre is evident in Sally's portrayal of human form, particularly the relationship between figure and setting, in which the narrative is expressed through descriptive, bold contours, overlapping lines and accentuated tonal contrasts. This pervading sense of drama can also be seen in the artist's depiction of the natural landscape, and current interest in tree formations, and is inspired by her travels in the UK, Europe and Africa. Sally uses the medium of drypoint and printmaking to express her fine line drawings and has exhibited her work extensively since 2009 in central London galleries including The Royal Academy, Mall Galleries, Bankside, Menier Gallery and Dulwich Picture Gallery.

Sally Loughridge is an associate member of the Society of Graphic Fine Art.

Wandsworth is my home. I love its heritage, diversity and location and the variety of cultural opportunities on offer. I have hosted Artists' Open House, watched new productions premiered at Battersea Arts Centre, comedy at Jongleurs and been amazed by London Fine Art Studio’s wonderful vaulted life drawing room in Battersea Business Centre. I’ve watched Wandsworth’s transformation over the thirty years I have lived here and love its lively, community-focused friendly atmosphere.