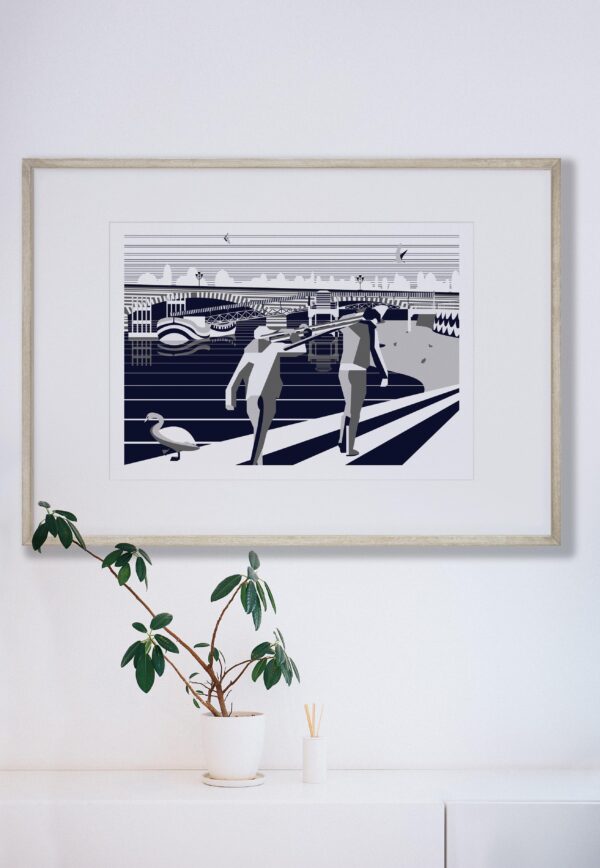 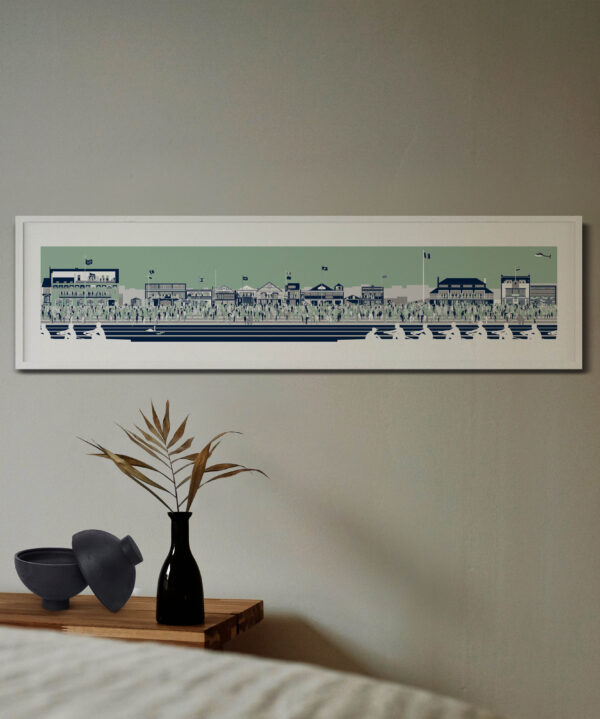 The Boat Race on Putney Embankment 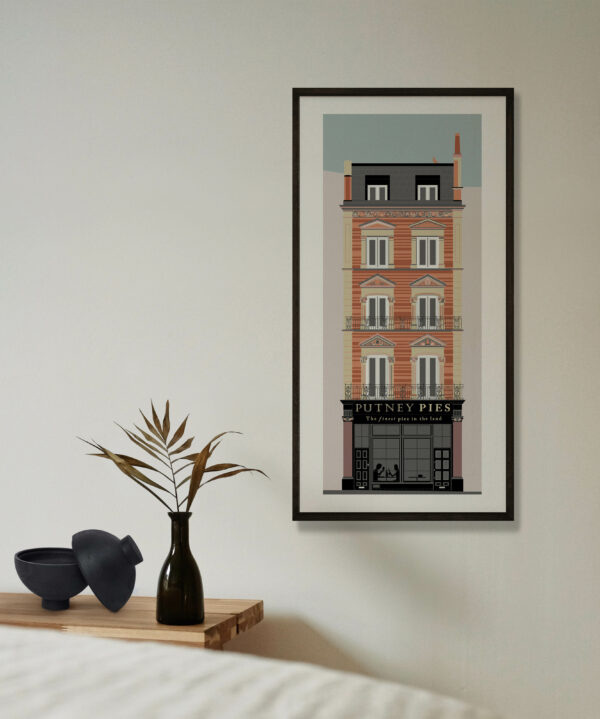 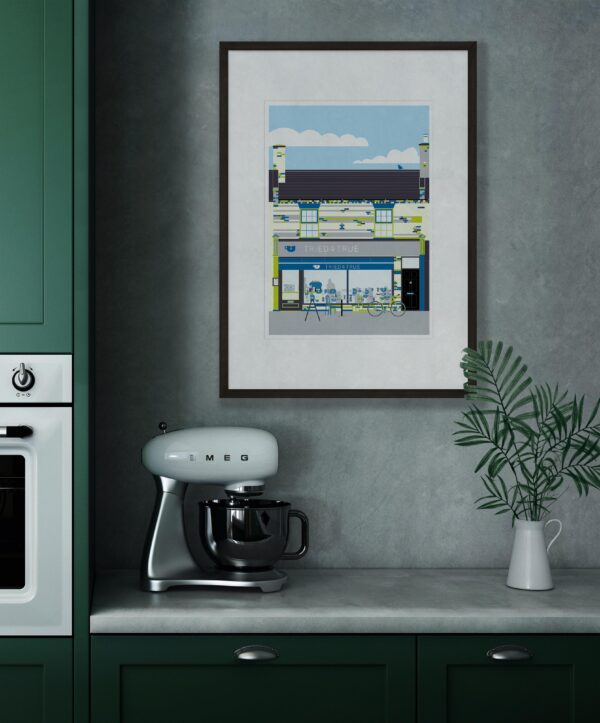 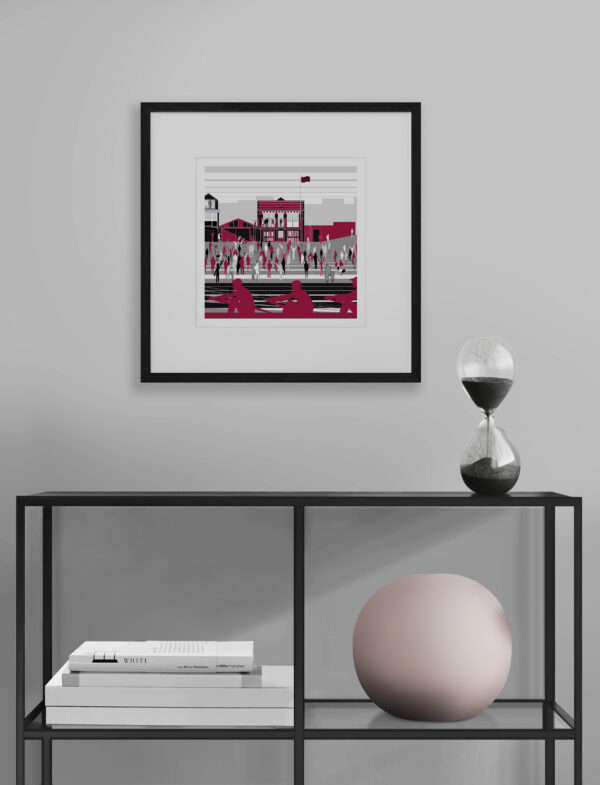 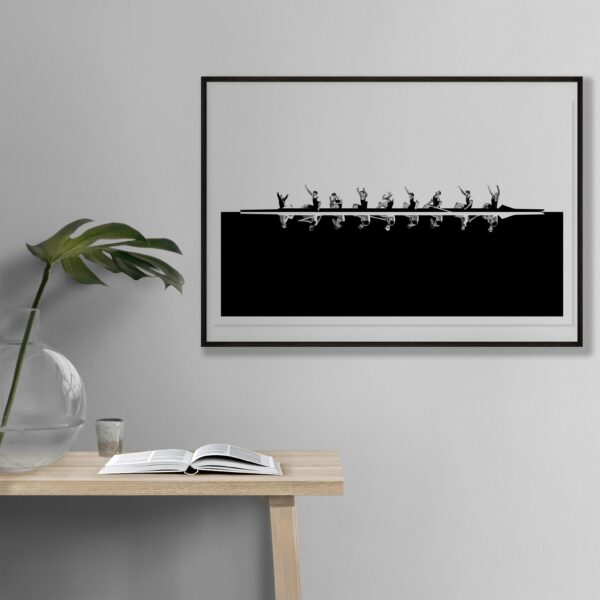 The Victors and the Vanquished

Rachel Hunt is a London-based Illustrator. Many of her images depict local sites of Putney, in particular rowing scenes.

She made the leap from her career as a Chartered Architect after she was shortlisted for the Prize for Illustration 2014. Since then, her work has featured in various publications, including the Tower Bridge guidebook. Her sports illustrations have gained her several prominent commissions, including the official poster for Henley Royal Regatta 2019. Most recently her work, ‘The Victors and The Vanquished’ has been longlisted for the World illustration Awards 2020.

The influence of her background in architecture can be seen clearly in her work, whether the subject is a built structure, an animal or a human form. The bold geometric lines seek to pare a subject down to its essence. The use of a minimal colour palette accentuate the simplicity of the forms.