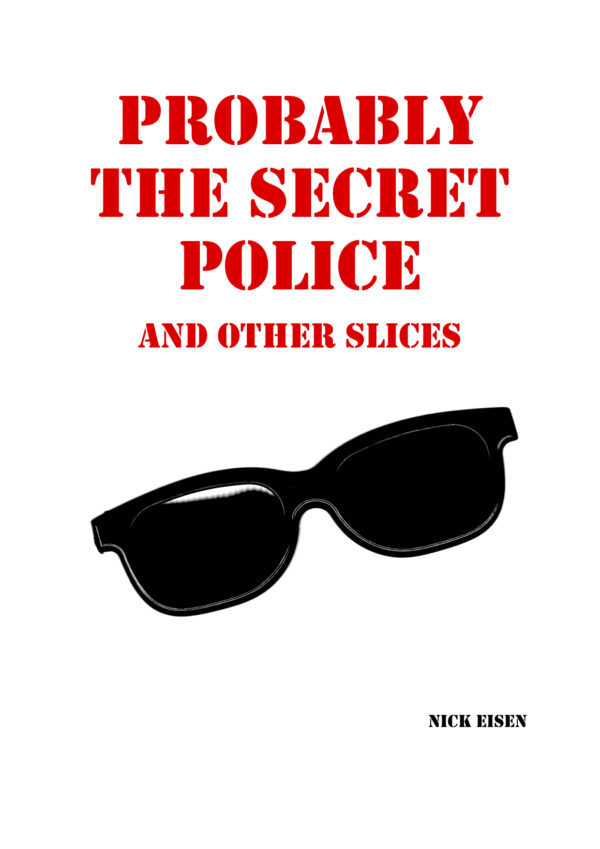 Nick Eisen is a writer and performer who uses poetry as a form of theatre in which the audience become partners on a journey offering glimpses of a world that is by turns comic, disturbing and absurd. Nick has performed around the UK and, many years ago, as producer, brought shows to Wandsworth Arts Festivals (The International Cafe, 1997 and 1998, written by Paul Sirett, performed by Rupert Degas, directed by Richard Shannon; a series of performances by leading poets including Patience Agbabi FRSL and the award-winning Steve Tasane). Nick also writes plays and his work has been performed around the UK and in Sweden. He is currently working on a piece about a celebrity artist who murders a critic and declares the murder to be a work of art. Book: Probably the Secret Police and Other Slices, ISBN print: 978–1–911232 – 04–9, ISBN e: 9781911232087, London Poetry Books

The river, Battersea Power Station, green spaces, range of people and activities, the view from the walkway of the tube train crossing between East Putney and Putney Bridge