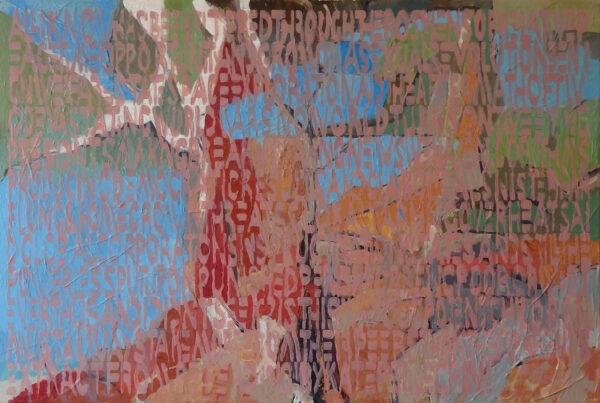 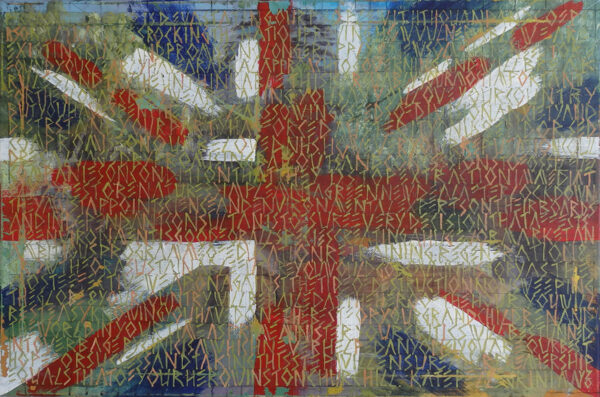 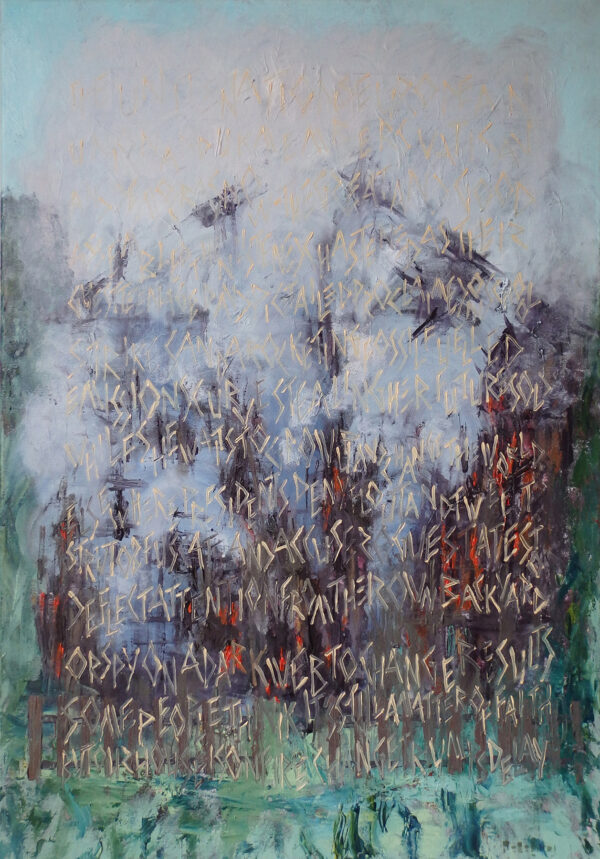 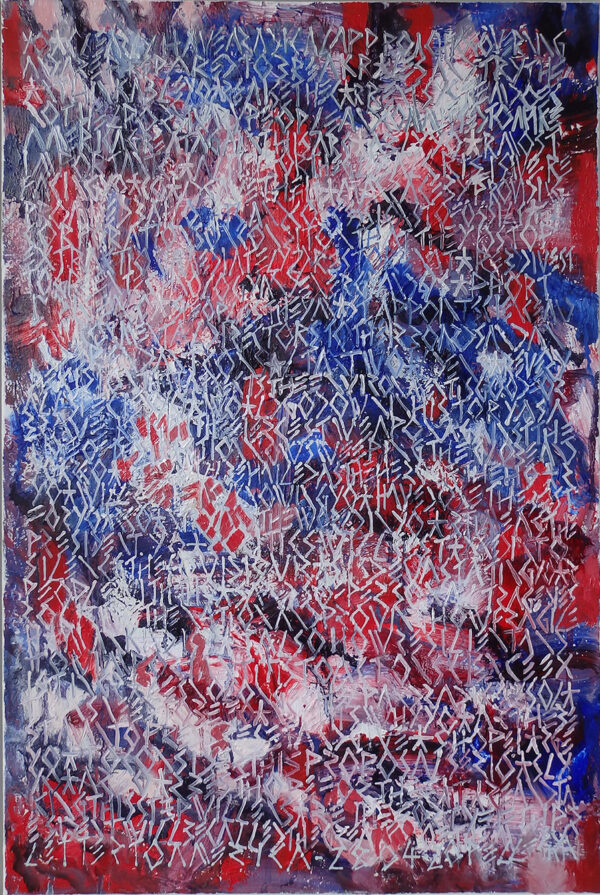 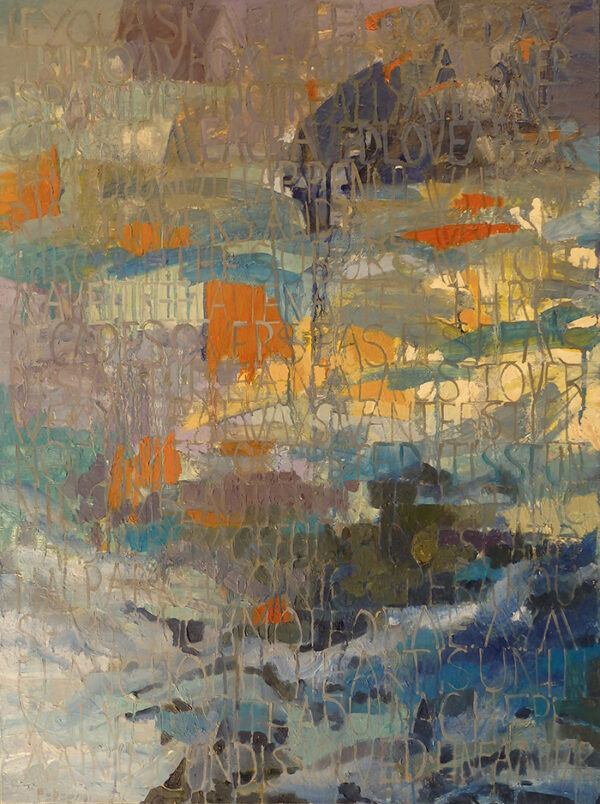 Kate Pellegrini is an Australian living in London. Her artwork draws from her interior design training: sketching familiar landscape and figurative motifs, the play between positive and negative space re-presents her selective perception. She uses saturated colours, gestural brushstrokes and accidental marks to enrich, invigorate and capture an emotional response to the subject in oil and acrylic paint, inks, printing, mixed media and collage techniques.

Over the last decade, she has sold still life paintings, townscapes and landscapes in the Mackenzie and Skylark Galleries and Art Fairs, where she exhibited in group and solo shows, and online galleries. In 2015 Pellegrini won the Drawing Prize at the Putney School of Art and Design summer show.

Since late 2017 Pellegrini has experimented with her new signature ‘Colourscripts’, which feature obscure text over expressive gestural painting so the background colour comes forward. It represents the unheard voice and is a form of hieroglyph or code. These new works were launched in early 2019 at Studio 73 Brixton Village and also Putney Arts Theatre for Wandsworth Artists’ Open House, and four canvases were exhibited at Candid Arts Islington for their ‘Outsider Artists’ show. The subjects were initially autobiographical, and later have become more political as she has focused on world events and global warming in particular. Her painting ‘The Human Chain’ was published in ‘Quotations’ by Andy Wild.

Her most recent subject is the environmental and climate change crisis, and the urgency of the situation as ecosystems collapse. She identifies with humanity's potential to change course if there is enough collective will and everyone works for the good of the community, for the future security of generations to come.

Kate is mostly self-taught after completing a BTEC HND diploma in Drawing and Painting in 1999 at PSAD. She has been attending Experimental Media classes at PSAD run by Gavin Maughling since 2006. The class inspires and encourages her to think outside her normal modus operandi, and informed her exploration of sculpture, artist's books, printing, continuous scrolls, site specific installations, mixed media and performance art. It continues to inform her painting and art making.

The open spaces for nature to flourish, sense of community and shared purpose