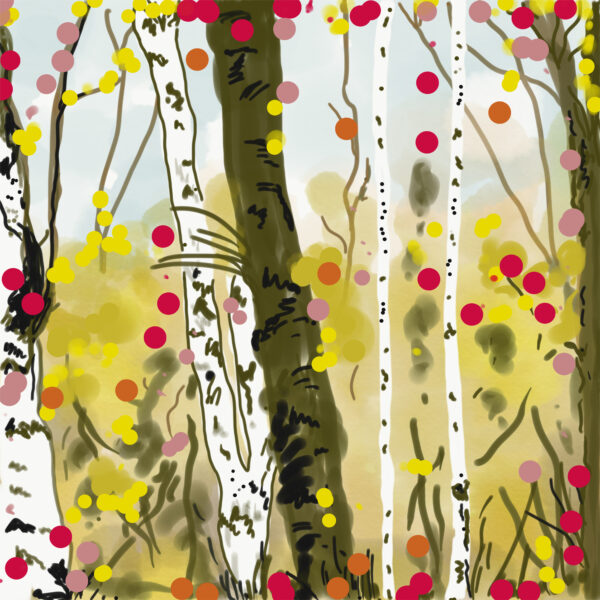 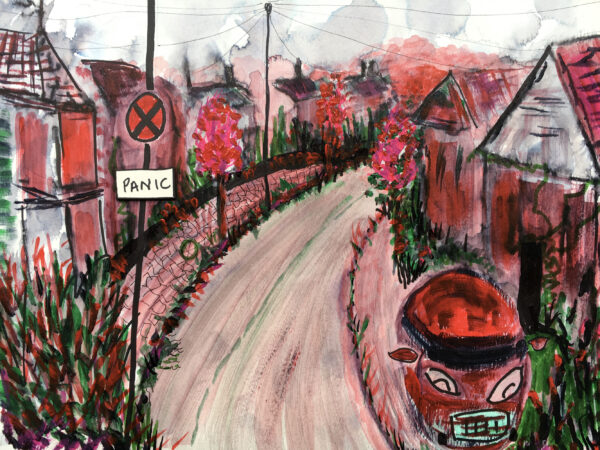 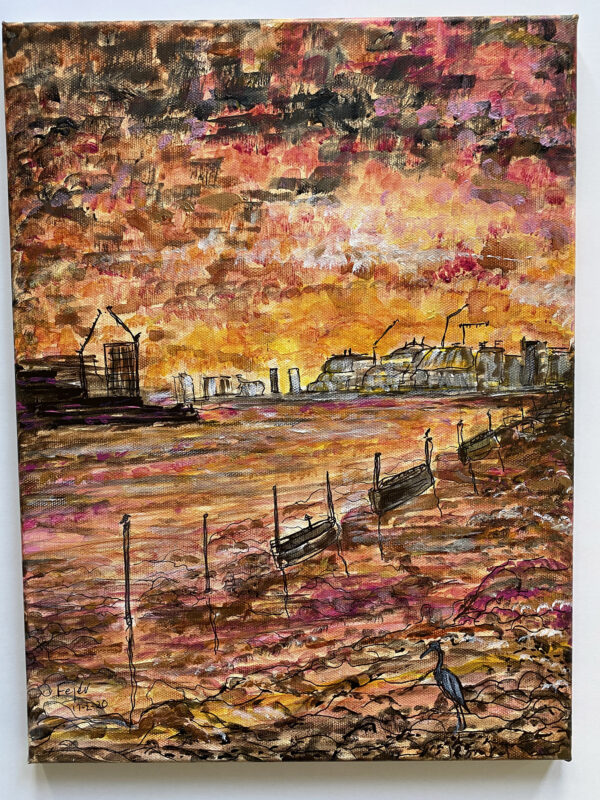 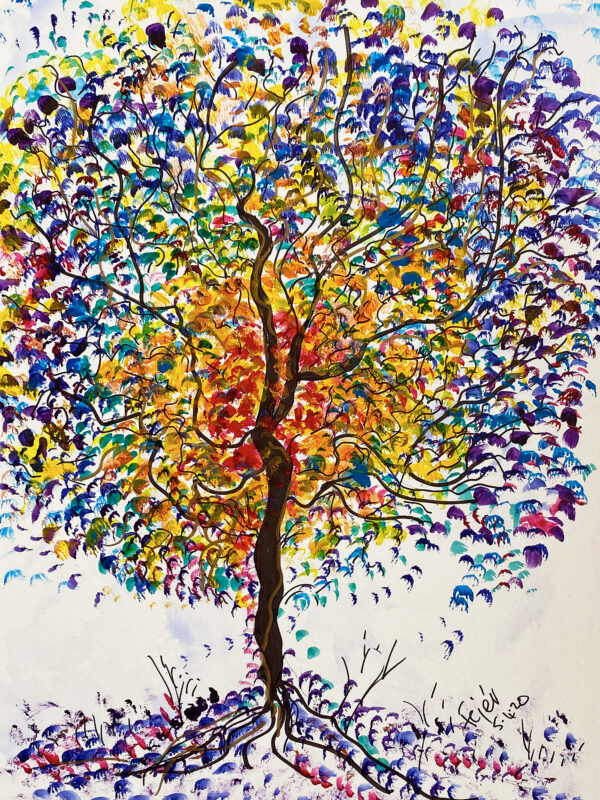 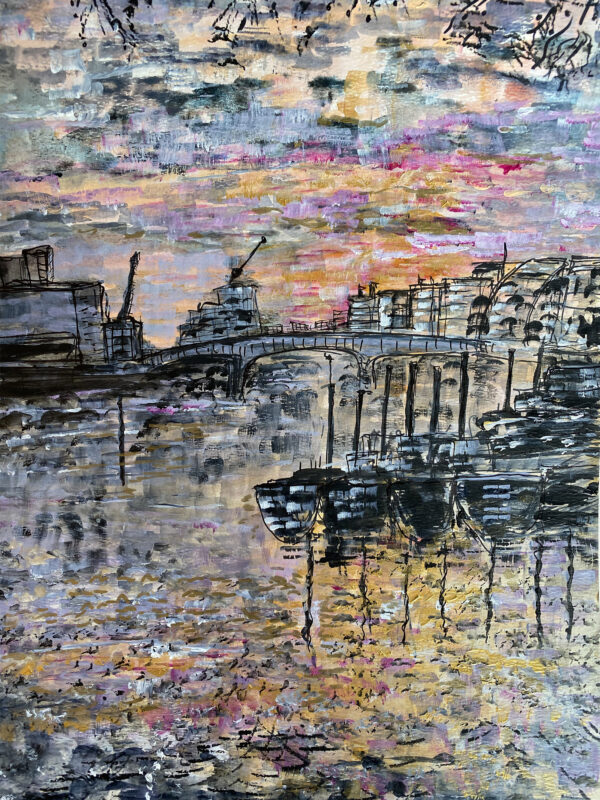 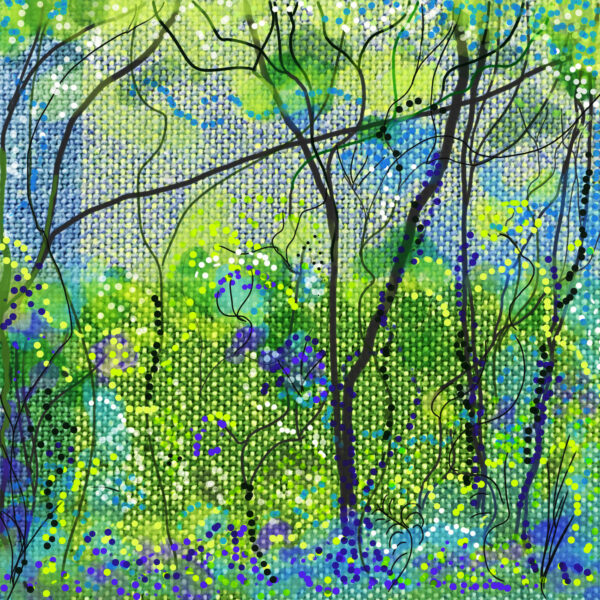 Juli Fejer is a self-taught artist based in Wandsworth. Her art comes from the conflict between disabling pain and rekindled hope. Although both her father and grandfather were artists, she followed other paths. She is a published fiction writer and worked in marketing, where she had responsibility for graphic design and visual branding. In 2003 her career was cut short by fibromyalgia. For years she struggled with chronic pain and depression. After attending an NHS pain course at St George’s Hospital, she started to paint again after 40 years. This quickly became a consuming passion as well as therapy. She took courses at Putney School of Art, and established connections with artists in Southfields.

She identifies as an outsider artist, working in the naïve tradition. Her work is based on her emotional response to what she encounters in her day-to-day life. She is inspired by the singularity and beauty of the ordinary world. She loves to paint landscapes, whether a Suffolk field or a suburban street. She loves experimenting with media and techniques and is interested in the connection between the material – including the neurotransmitters which create chronic pain – and the intangible such as mood. Purple, the colour culturally associated with fibromyalgia, is a dominant and recurring theme in her work.

During 2019 Juli exhibited at Parallax, the New Artist Fair, and Wandsworth Artists' Open House. Her pictures are on permanent display in the Phoenix Centre at St George’s Hospital. She shares her work through Instagram, where she has over 7000 followers, and sells online through the Etsy platform.

Wandsworth Park, where I love to walk. I never get tired of photographing and painting it and have made a series of studies based on my lockdown walks there.More prosaically, I love the way that Wandsworth stands between urban London and the leafy suburbs. You can get into the centre of the city very easily and also out to the countryside.