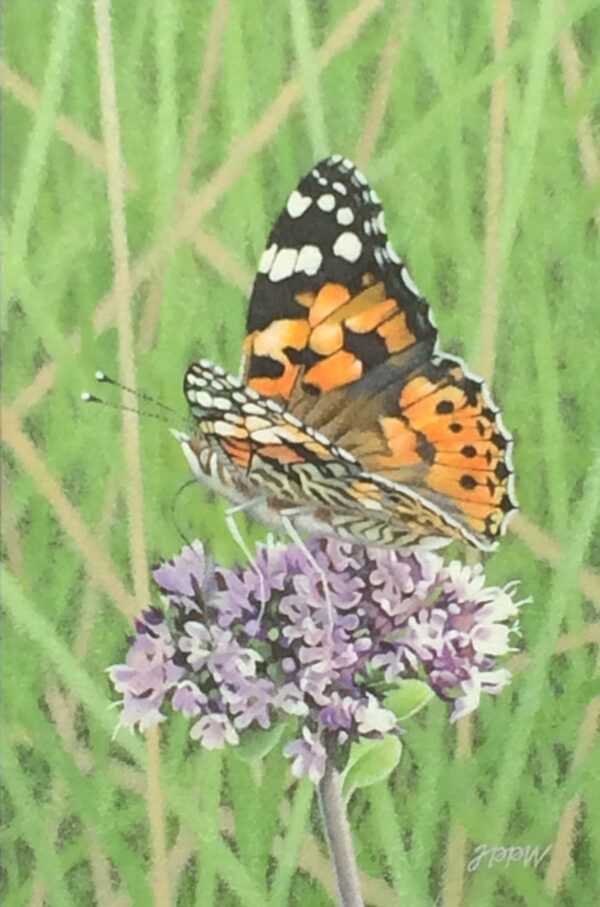 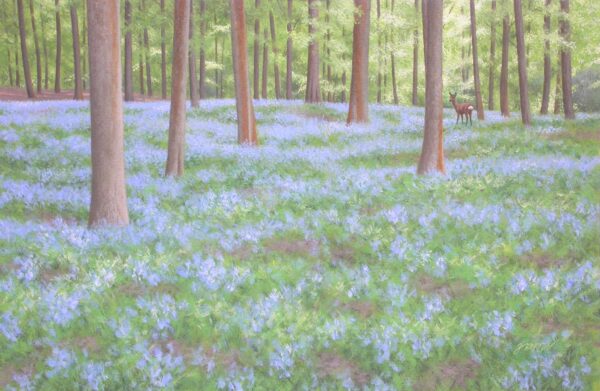 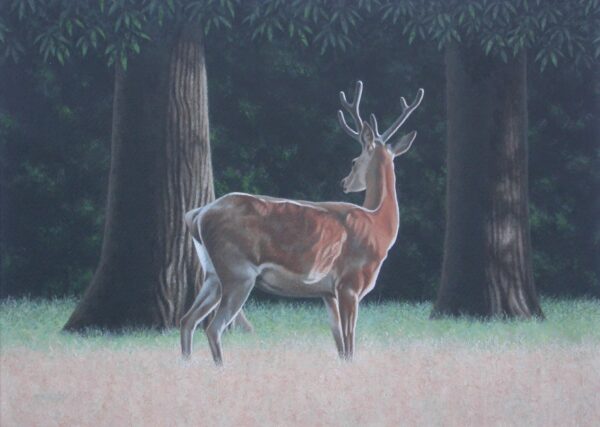 Young Stag by a Wood of Sweet Chestnuts

Jan Wilczur was a bird Illustrator for many years, his work appearing in books such as 'Handbook of The Birds of the World' (Lynx Editions), 'Birds of The Western Palearctic (concise edition)' and field guides to Birds of the Indian Subcontinent, Birds of South-East Asia and Birds of Borneo. He also contributed numerous black-and-white Illustrations to bird magazines, bird reports and tour company brochures. In recent years he has been producing paintings based on his field sketches and many hours birding In the U.K. and abroad.

Jan lives in Putney and has bird-watched in the local area most of his life, conducting surveys, writing and illustrating papers and bird reports on his local 'patches' of Richmond Park, the London Wetland Centre and Wimbledon Common.

Working as a full-time bird illustrator did not allow Jan much time to indulge in painting but in recent years, he has done so, finally exploiting his many field-sketches of birds and hundreds of photographs of backgrounds and landscapes. He has always taken an interest in the habitats and landscapes that birds occupy and has tried to give them as much attention as the birds themselves in his artwork.

The constraints of what is essentially scientific illustration are difficult to break free from when painting, but Jan is alternatively delighted and frustrated by the process. The medium he used for illustration was gouache and this was employed for his first paintings. He eventually moved to acrylics finding that they allowed him to loosen his style a little and enabled him to paint larger works.

His natural inclination is to explore so he now finds it difficult to sit still long enough to sketch, let alone paint "en plein air". His preference is to take photos then return to the studio to reflect on what has excited him. Usually a subject for a painting presents itself obviously but occasionally a sideways look at a seemingly ordinary photo can initiate a creative charge. His background in Zoology and the need to identify most of what he sees means he can take pleasure in detail and not feel the need to abandon it altogether. Jan hopes to achieve a balance between impression and detail when depicting, in paint, aspects of landscape and the natural world that inspire him.

From a wildlife lover's point of view, Wandsworth is an ideal location within the city, with the River Thames and large green spaces nearby, such as Putney Heath and Wimbledon Common.