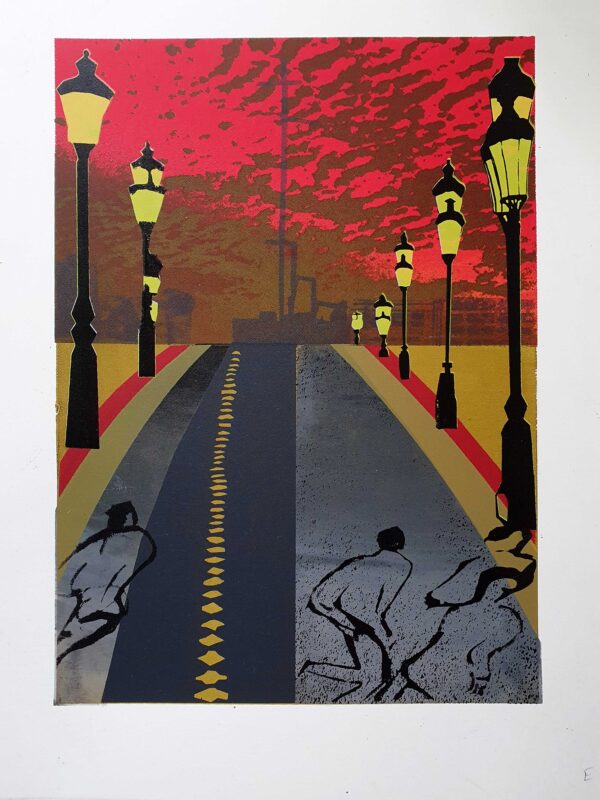 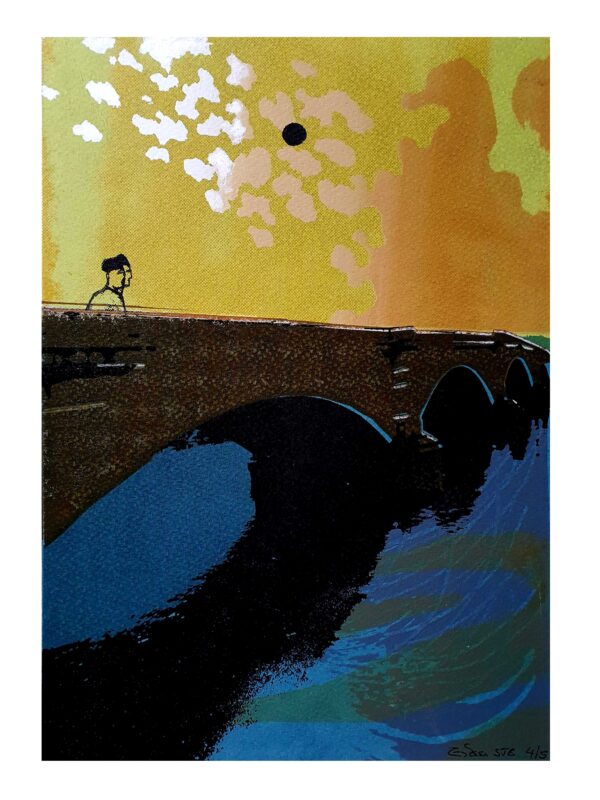 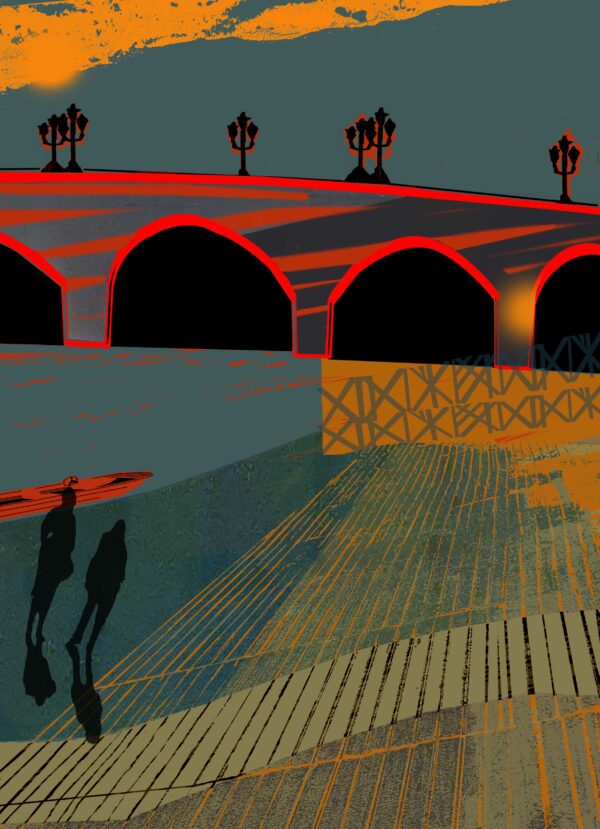 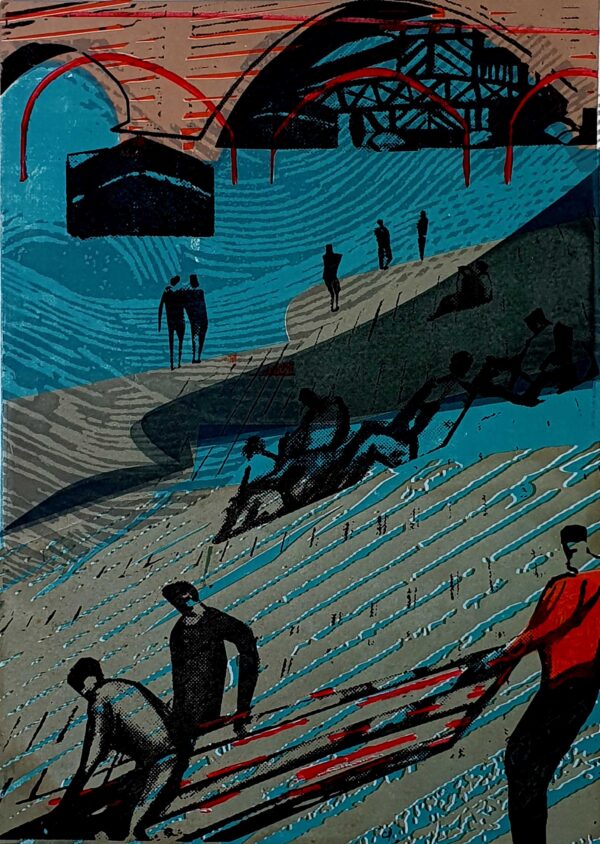 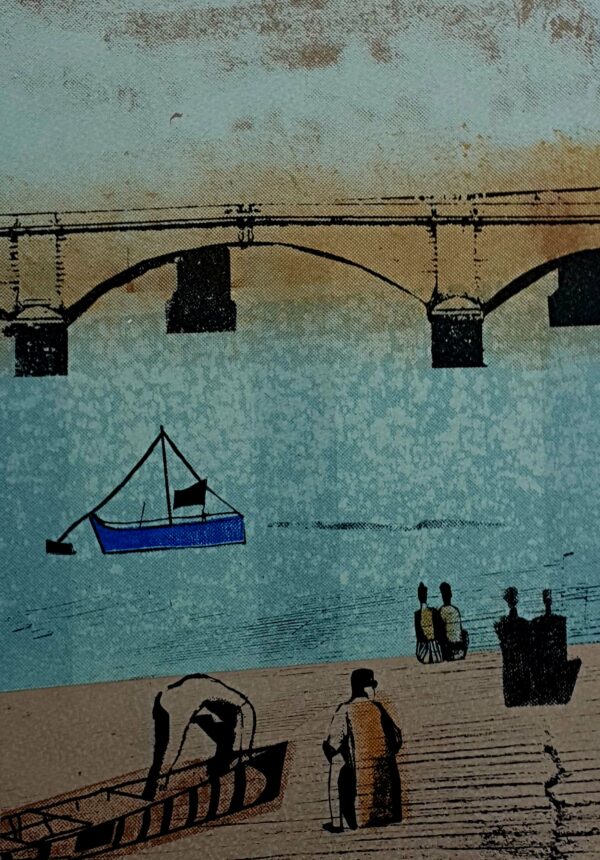 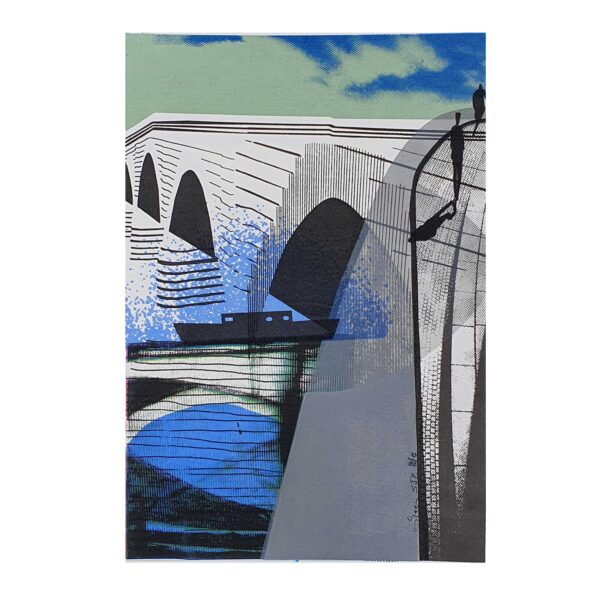 Eileen's work started when she worked in an office using the underground every day. This became her initial source of ideas. After drawing she started to look at colour and then did a screenprinting course at Putney. Initially working from her drawings she included other ideas which were of interest. Having recently moved to Putney the river became a source of ideas which continues.