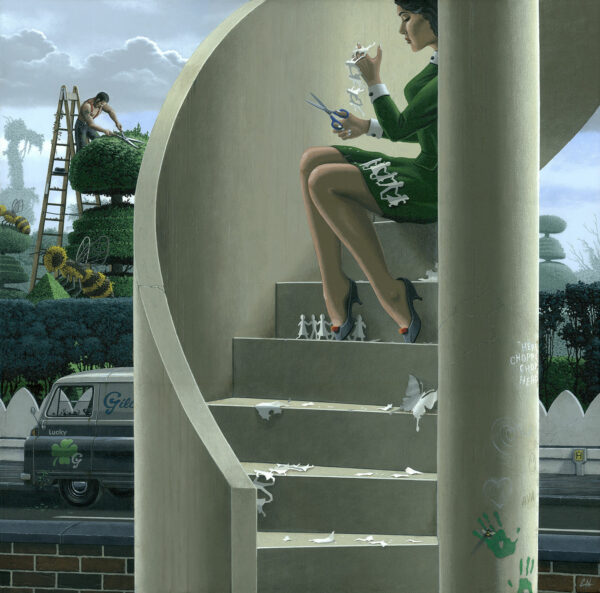 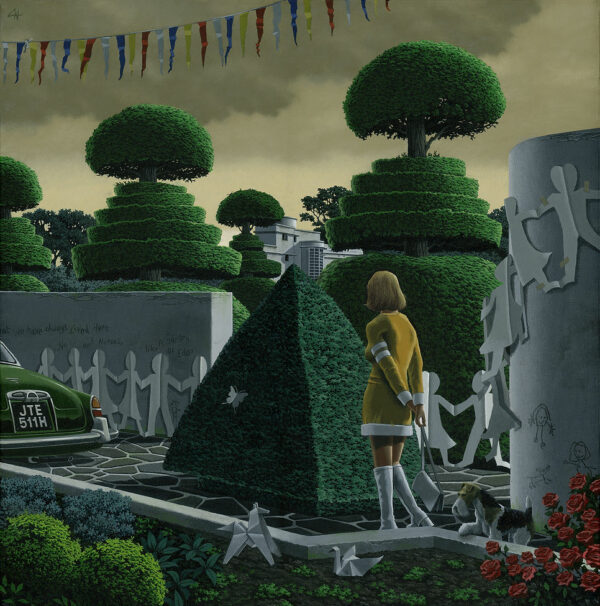 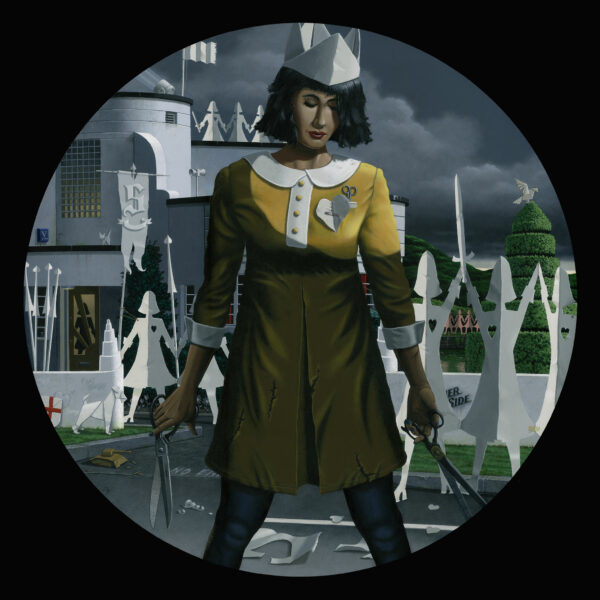 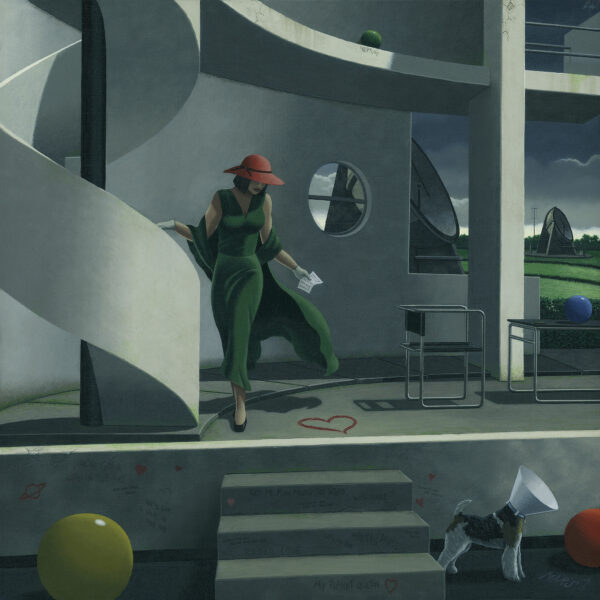 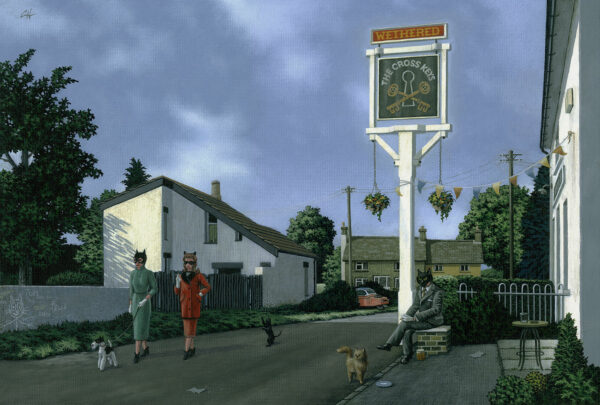 The Day of the Cat 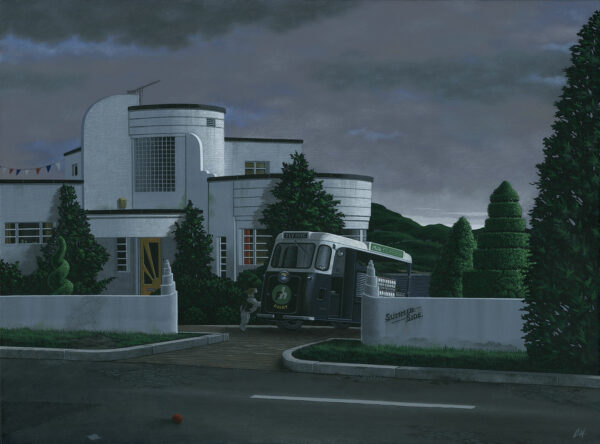 Christopher's paintings have always featured his own created world. Made places that parallel his lived reality, but remain enigmatically separate from it. His work is semi-autobiographical, about growing up in a particular moment, in a particular culture, and as such the paintings are anchored in that past narrative. In addition he's on a quest to find the fairytale in the everyday and the poetic in the mundane. He draws inspiration from various sources including his vast collection of vintage postcards, die-cast toy people and vehicles, and his archive of photographs and Super 8 films of his childhood growing up on a South London council estate during the 1960s and 1970s. For Christopher the germ of an idea can also come from those fleeting moments of time travel, when through the triggers of smell or sound one can be transported back to the past. He states; "I love it when out of nowhere you smell a certain scent, find yourself in a certain place, or hear a piece of familiar music that can trigger memories of events, places or people that you usually would not think of or thought you had forgotten. It feels as though you have briefly slipped back in time, transported back to that scene again. If it was not for the other senses of your body, you might really feel as though you have gone back." Nostalgia can be a powerful creative force and it is this that is the engine driving his art. He has always loved the fantastic concept that the past still exists in some parallel real time, and that to visit that place would be incredible. "To me painting is a form of time travel, a way of getting back amongst the stuff that made us who we are today. The past is calling … forward to the past!"

It has been the landscape to my art life for decades.