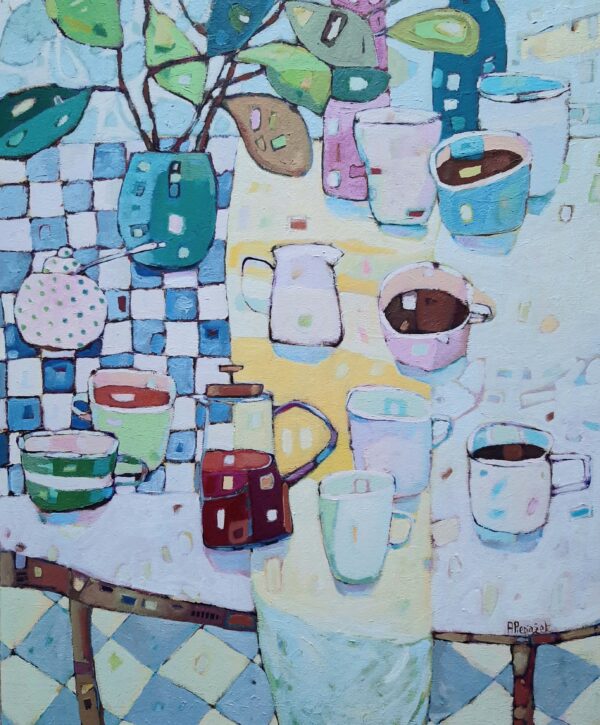 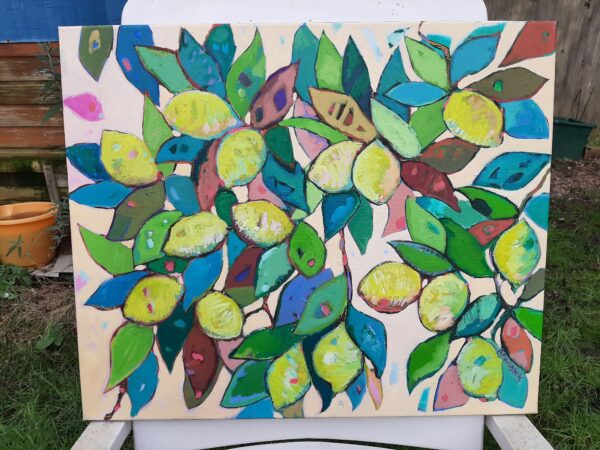 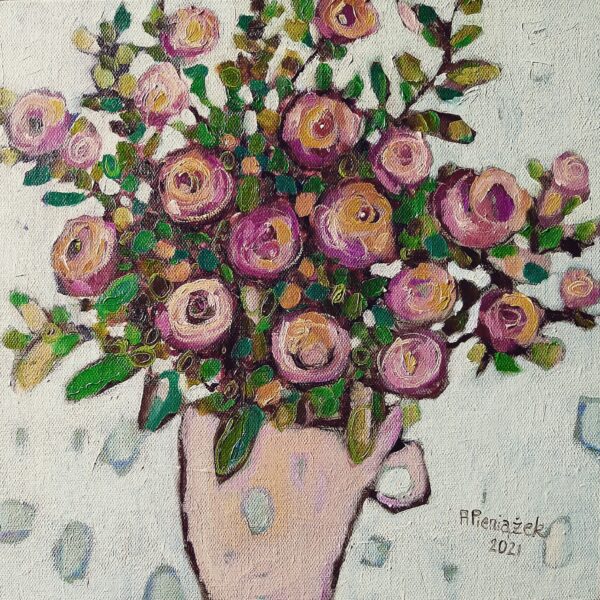 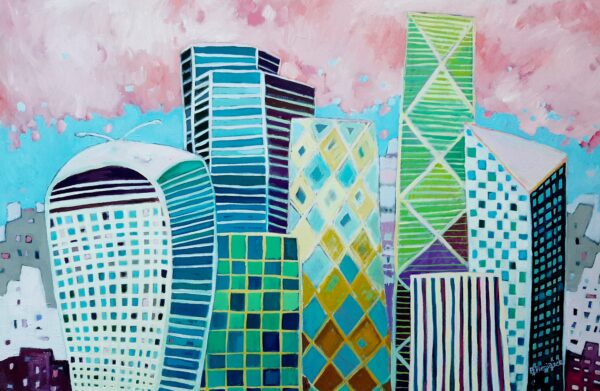 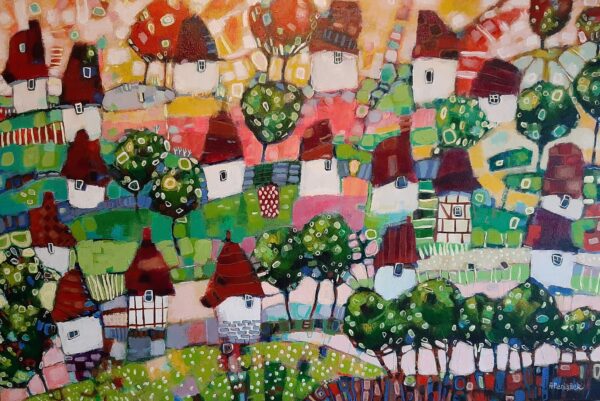 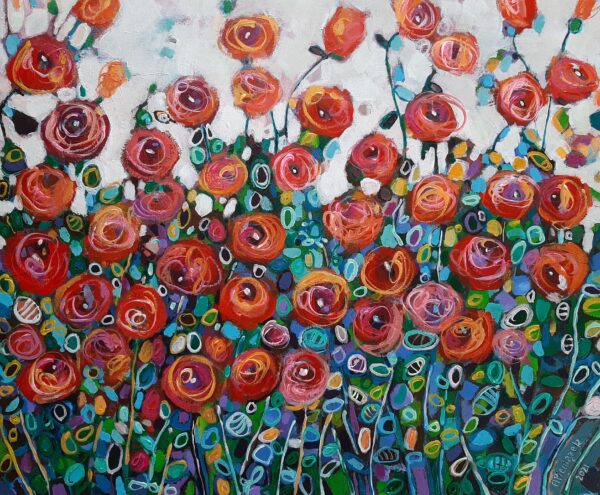 Born in Katowice, in Poland, Ania has shown her talent for art in early childhood. She started attending additional art classes from the age of 10 and has been tutored by well established Polish artists like Halina Schiwujowa and Boguslawa Bortnik-Morajda. She studied at Silesia University in Cieszyn, Poland, and obtained her diploma in 2003 in the studio of Tadeusz Rus. Although Ania finds the time spent at the university very influencing, she prefers to call herself a self-taught painter. As she says: ' I don't really believe in art degrees. What makes me an artist is a passion for art, an inner compulsion to be creative and many years of practice'. Her first oil paints were given to Ania by her father on her 13th birthday. She has been painting in oil for 30 years now. Since she moved to London in 2005 she has presented her painting on numerous individual and joint exhibitions in UK. Ania works mainly on canvas in oil or acrylic, she likes to experiment with colours and shapes trying to convey the pictures from her imagination. Most of her works is based upon a general figurative art which can be divided into a few cycles. These compromise 'Landscapes', 'Still Lifes', 'Trees' and 'Meadows'.